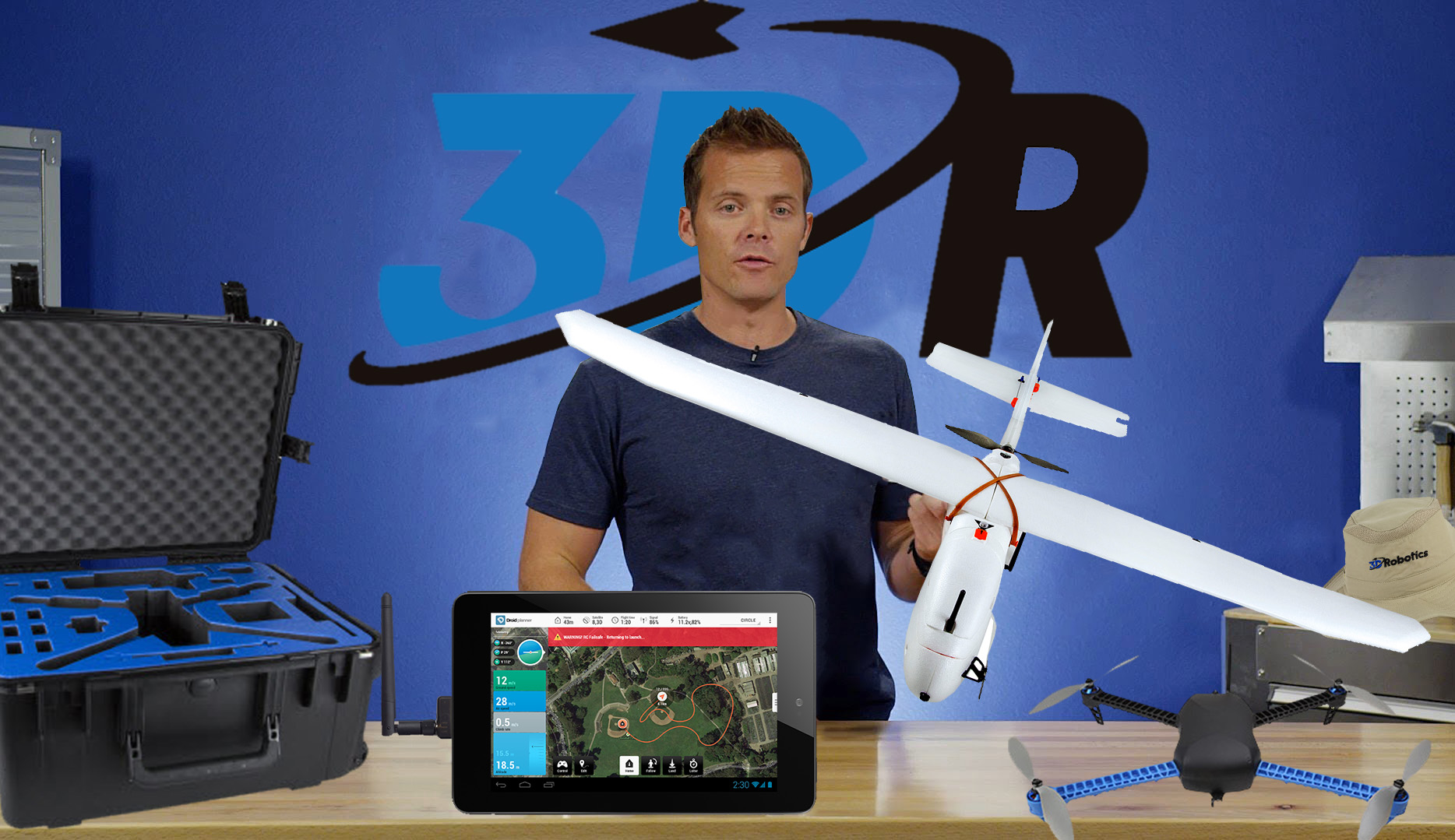 Today Colin Guinn announced (via LinkedIn) the news that has been on the industry grapevine for some months now, the fact he’s leaving 3D Robotics (or 3DR as they now prefer to be called). Colin and his marketing team at least with 3DR have left on much better terms than they did with DJI which is good news.

Colin Guinn is a casualty of 3DR’s decision to leave the consumer drone space and concentrate on enterprise solutions, rumours suggest 3DR’s future will be either collaborating on drones or with software alone rather than delving back into the manufacture of hardware. 3DR has let many of its talented technical staff go that developed the Solo’s software, with them now working for GoPro or other competitors.

From the outside it feels like 3DR’s move out of the consumer space was too hurried, with the Solo, despite what you might hear elsewhere on the internet, they created 3DR’s best product to date, a well thought out drone, with software that evolved to provide functionality that makes the Solo a genuinely useful tool. Solo to this day is one of the few drones with a common sense implementation of no fly zones, where the information is provided to the pilot and they make the choice whether to fly or not. It’s the only drone to provide video that truly feels like smooth motion control in the sky, with very accurate repeat framing, especially given the limitation of a GPS that is not RTK.

Colin Guinn was instrumental in building up DJI’s brand to the world, 3DR really did not seem to utilise Colin’s presence to push forward their brand as much as they could have done which feels like an opportunity that was missed.

One things for sure, we’ve not heard the last of Colin Guinn, as Colin himself has said today “stay tuned” and expect an announcement at InterDrone this month. 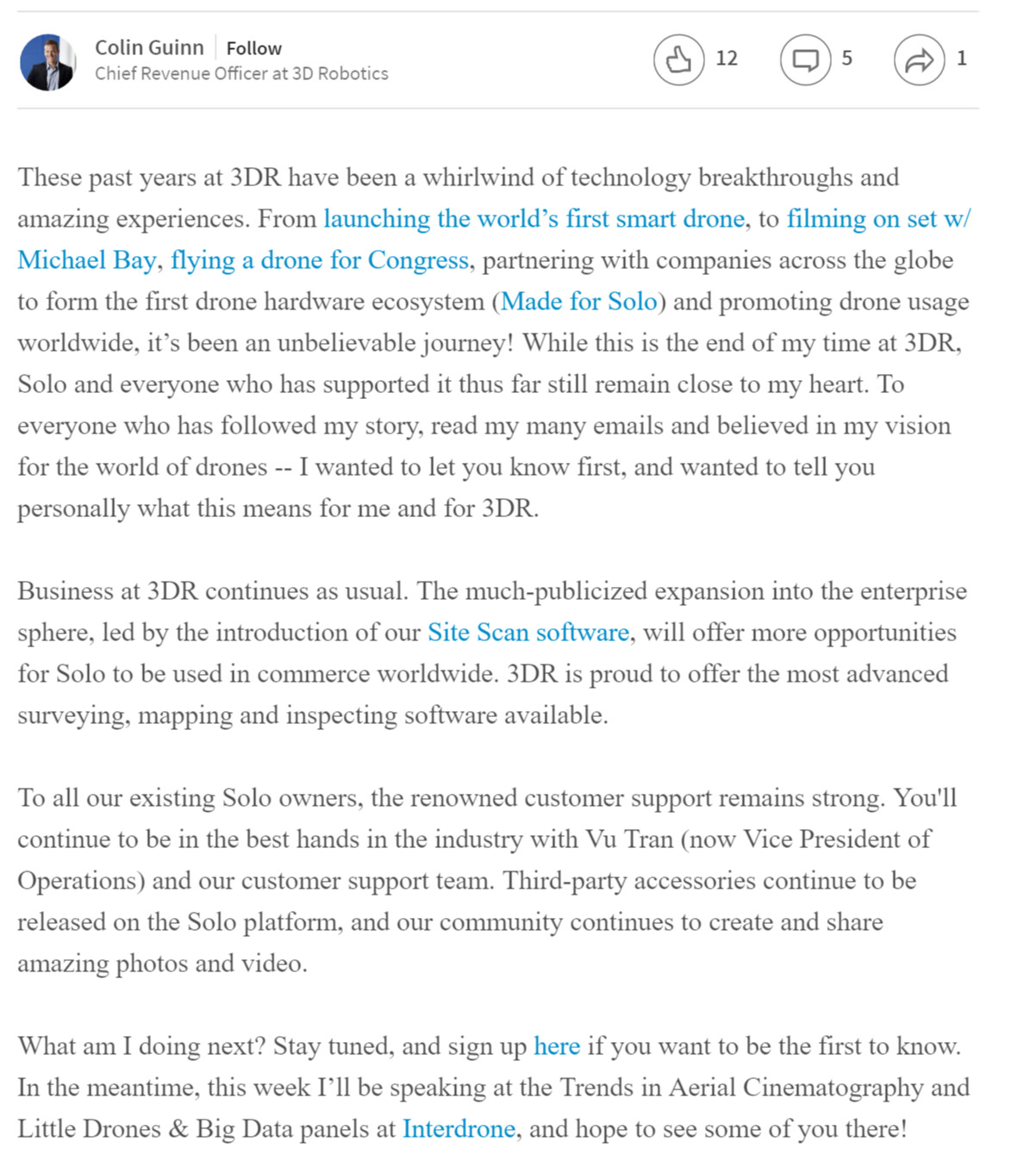