The latest 3DR Solo update to the Solo application for mobiles/tablets on iOS and Android now has GoPro controls which include the PAL modes; so whilst flying, modes can be switched between video and stills and the resolution, frame rate and so on can be changed. 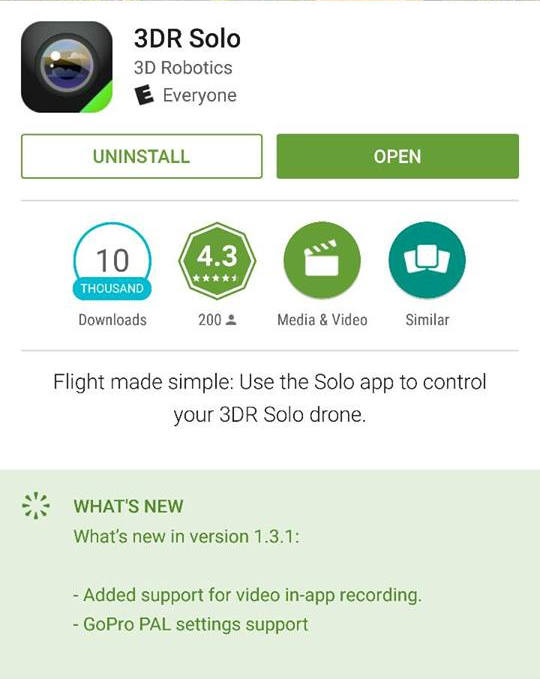