Confession time – we burned the gimbal out

We were testing a robust gimbal with in particular the Letus AnamorphX adapter but as we feared might happen we burned the gimbal out in well under a week.  We want eventually to have an a multicopter based anamorphic rig so that footage from it can be matched to a conventional SLR camera used the SLR Magic Anamorphot adapter.

We used the FY-G3 Feiyu-Tech (hand held version) along with a mix of miscellaneous rig components, an Edelkrone EVF holder and the robust SmallHD DP4.  Frankly we’re a bit cheesed off with any FPV monitor on the market as none of them are very robust when compared to a proper field monitor such as the SmallHD.

We’ve not given up our testing however so we’ve bought yet another FY-G3 and are going to try balancing it differently so we’ll report back.

Before the gimbal died its painful and noisy death it did manage to capture some video footage (not anamorphic) for a music video for the Yorkshire Indie Rock Band Kascarade. 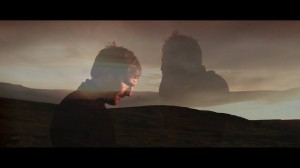